Get Your Life Back

Get Your Life Back

What You Need To Know
Every minute counts when you’re facing prison time. Don’t do it alone

If my case is still under investigation and no charges have been filed against me, do I still need a lawyer?

During the police investigation is one of the most important times to have an experienced criminal defense attorney representing you. A lawyer can help ensure that your rights are protected during the investigation, a time when police and investigators may try to take advantage of you if you are not well informed of your rights. You will need an attorney to ensure that any evidence in your favor is investigated and preserved in the case. The investigation process is an important time for gathering evidence, and without a lawyer this will be difficult to do. In many cases, a Phoenix criminal defense attorney can bring evidence to the attention of police and prosecutors before the charges are even filed, increasing your chances of not being charged. It’s a difficult feat to convince prosecutors to drop charges once they have been filed, so your best bet is to have an attorney be proactive on your behalf.

Charged With Driving Under The Influence?

Having a Phoenix DUI lawyer specializing in DUI law is important if you need help with a DUI defense. Melinda will provide the DUI defense that you need. She has experience in dealing with Arizona DUI and each class of it to help keep the charge off of your record. If you get a charge of DUI or any other traffic offense, Melinda Kovacs is here to help.

Get Your Life Back Now!

What Types of Cases Does Criminal Defense Lawyer Handle?

Do I Need A Criminal Defense Lawyer If I Have Been Falsely Accused?

We all like to believe that truth and justice prevail, but unfortunately, with today’s court system, this is not always the case. Every day people are found guilty of crimes they did not commit, and this is a harsh reality you need to consider when trying to decide whether or not to hire a criminal defense attorney. The only way to ensure you are treated fairly within the court system is to seek qualified representation.

How Does Bail Work? Will The Bail Be Returned When The Case Is Over? 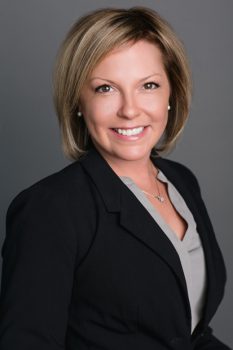 Charged With A Crime?

Melinda Kovacs Law Will Fight It!!!

She Will Fight To Keep You Out Of Jail

Get A Free Case Consultation

Thanks for visiting Melinda Kovacs Law. I am here to help and look forward to hearing from you.